I am often asked after I do body work how much time the horse should have off afterwards. The answer in most cases is: None! If the horse is sound, or even rehabbing from an injury, one of the best things to do after the body has been balanced by a massage is to move. Even a long walk will help the body of the horse create muscle memory when he is moving more freely. Bad patterns created by tight muscles can best be re-patterned after a massage.

At a horse show I can pinpoint certain areas of the body to work on depending on the event. Before stadium jumping I often use the cold laser on shoulders and joints of the hind legs to enable quick response at a jump. For dressage I might focus on the muscles of the top line and haunches for maximum pushing power. Before cross country I will make sure the pectoral muscles and jaw are free to enable deep breathing. There are over 700 muscles (and that is not counting cardiac muscles, eye muscles, etc!) and releasing tight ones can hugely benefit performance.

For a nervous horse, body work can be very soothing and relaxing. For a lazy horse, he can feel free and energized after a massage session. My job is to observe reactions and adjust accordingly. I love the challenge! 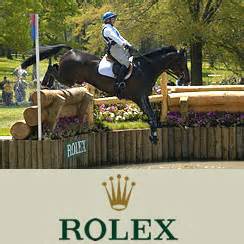 I just returned from a busy and exciting horse show, the Galway Downs International Three Day Event, in southern California. At this show, horses participating at the FEI level need to present to the ground jury twice. My goal with my equine clients was to have them pass the jog with flying colors and complete the event sound and healthy. I decided with this show to be proactive: I would not wait to see a problem to use cold laser therapy, but apply it before every jog and phase of competition.

The results were that every horse easily passed inspection, had fewer (or no) rails in stadium, and were less sore after cross country. This routine will add time to the care of each horse at a show, but seeing the results convinces me that it is well worth it.

I was working at the Twin Rivers Horse Trials this past weekend. One of my clients asked if using the cold laser on his horse’s legs might help him be tidier over fences, as he tends to knock rails with his hind legs.  I used the laser on him and also on a pony who is always the smallest in his division. I was amazed when I watched their stadium rounds. Both tucked their hind legs way up and jumped beautifully. Next show I am going to use the cold laser on all four legs of a big warm blood who is sometimes a little tired and slow in show jumping after flying around cross country. I’m hoping this discovery will help him win. He is always in the top five, but he is due to get the blue!

I recently worked on a horse that had just completed his first 2-star event. His recovery from the long trip and big job has been terrific. He does not look or feel like a horse that has been stressed in any way. The muscle that seemed the most fatigued and tight was the Biceps Femoris. This muscle attaches to the sacrum and runs down to the lower part of the haunches. The biceps femoris allows the hip joint to extend and the stifle to bend. It pulls the hind leg back after the quads pull it forward. This muscle will get a lot of use out on cross country, maneuvering through drop fences, wide tables, sharp turns, and galloping.

If your horse looks short and tight in the hind end during the jog, and is scuffling a bit with the hind legs, this is a muscle to focus on. I worked on the attachment at the top of the muscle, and made sure the belly of the muscle was moveable side to side. The owner took him for a hack after his body work and reported back that he felt loose and relaxed.

A client of mine is at a three day event. I had decided to stay home, but sometimes plans change…After her dressage test she called and said her horse felt like he had a flat tire in the left hind. He just didn’t feel quite right, and she was concerned that maybe going cross country was not a good idea. Could I come check on him?

So I got up early and drove to the show early enough that there would be time to work on him before he had to be tacked up for his preliminary cross country. The horse had several tight spots on his left side, but when I reached inside his left hind it felt exceptionally tight and flat. It didn’t do much good working directly on the muscle, so I got to work on the gluteals, standing on a stool so I could push down into the muscles. He let me know I was on the right track by changing his stance a few times, licking, closing his eyes, etc. When I got off the stool to re-check his inner thigh I was amazed (so was his owner!). The muscle almost seemed like it had been inflated: it was plump and pliant and matched the right hind.

I’m happy to say the pair had a great ride, with just a couple of time faults. I don’t know if it would have been any different without the bodywork, but the horse made it clear to the three humans with him during his massage that he felt a whole lot better and was ready to run and jump.

The longissimus dorsi is a complex muscle, and very important to riders. It is where you sit, where the saddle sits, and it is used in lateral flexion. I often find the forward attachment to be sore after cross country day, especially in upper level horses that have big drops to navigate. But any horse that jumps and lands hard can become tight   The resulting spasm is usually easy to find, and fairly easy to release. I focus on the well-being of the horse, but there are a few places on the human body that receive a ton (or about 1200 lbs. of horse to be more precise!) of stress, especially when galloping cross country. Almost every rider I see has spasms of some degree in the upper back and shoulders. The lower back also takes a beating from maintaining a forward, crouched position galloping over uneven terrain. The groin area is stressed in each phase of eventing. Add a few falls, broken bones, sprains, and bruises to the mix and you have a body in pain. Keep an eye out for posts where I will go into more detail about each area of stress, and what you can do about them. 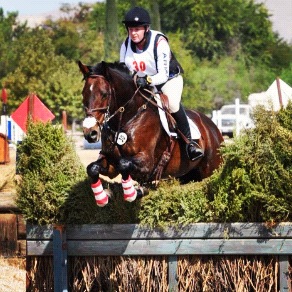